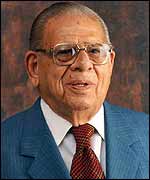 In his obituary the Times of India said that he was acknowledged for putting the Indian hoteliering on the global map by successfully establishing hotel brands like Oberoi and Trident worldwide.

M. S.Oberoi was born in a Punjabi Sikh family in Bhaun, a minor village of Jhelum District (now Chakwal District), Punjab, British India. When he was six months old, his father, a contractor in Peshawar, died, leaving his mother with few resources. After attending schools in his village and nearby Rawalpindi, he passed the Intermediate College Examination in Lahore, but was unable to continue attending classes because of lack of finances. Instead, he learned typing and shorthand.

In 1922, M.S.Oberai came to Shimla to escape from the epidemic of Plague and got a job as front desk clerk, at The Cecil Hotel at a salary of Rs 50 per month. He was a quick learner and took many additional responsibilities. The manager of Cecil, Mr. Ernest Clarke and his wife Gertrude took a great liking to the honesty of a hardworking young Mohan Singh Oberoi.

Mr. Clarke and his wife decided to hand over the responsibility of managing Hotel Carlton now renamed as Clarkes to this impressive young man. During their six months absence, Mr. Mohan Singh Oberoi doubled up the occupancy to eighty percent which gave them enough reason to offer the hotel - on a decided amount to Mr. Mohan Singh Oberoi as they wanted to return to England.

After continuous hard work for five years, on 14 August 1934, Mohan Singh Oberoi became the sole and absolute owner of Hotel Carlton, Shimla. He subsequently named it after Mr. Ernest Clarke. M.S.Oberoi could not have hoped for a better thirty fourth birthday present.Throughout his later life M. S. Oberoi received numerous honours and awards from the Indian government and private organizations.

M. S Oberai was presented with the title Rai Bahadur (pater familiae) by His Majesty the King of Great Britain in 1943.

The other honors include admission to the Hall of Fame by the American Society of Travel Agents (ASTA); Man of The World by the International Hotel Association (IHA) New York; named by Newsweek as one of the "Elite Winners of 1978" and the PHDCCI Millennium award in 2000.

He was awarded the Padma Bhushan one of India's highest civilian awards, in 2001.